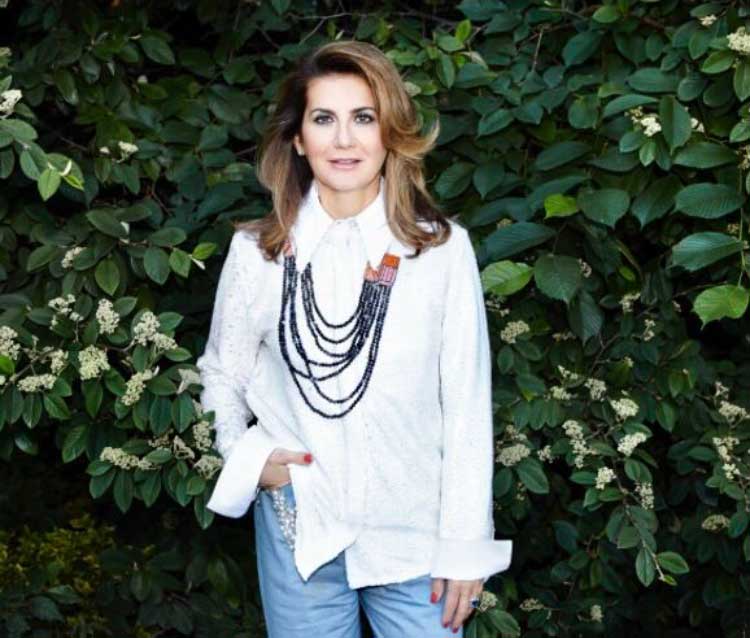 Mona Khashoggi is a theatre producer, playwright and prominent patron of the Arts. She specialises in reviving cultural stories from the Middle East and bringing them to international audiences.

After completing a Masters Degree in Middle Eastern Studies at SOAS, University of London, Mona Khashoggi co-founded the Mansoojat Foundation, a UK registered charity established to revive and preserve the traditional costumes of Saudi Arabia.

Mona Khashoggi’s passion has always been to promote the art, culture and music of the Middle East. Mona produced and wrote the play Umm Kulthum & The Golden Era, which premiered with a unique and ambitious musical and theatrical performance at the London Palladium in March 2020. Mona is now planning to tour the production internationally and is also working on new ballet and musical productions as well as short films and documentaries.

Mona is a prominent patron of the Arts, sponsoring young Arab artists, and is a consultant to galleries and Art Fairs. She has served on the events committee of the English National Ballet, Save the Children, Barakat Trust, MAP (Medical Aid for Palestine) and the Madad Foundation. Mona sponsored Ayman Yosri’s ‘Flag Series’ book, supported the Delfina Foundation’s ‘Staging History’ programme and sponsors Delfina’s Middle Eastern Art students residency.